The piledriver is a sexual position. Named after the downward motion of an actual pile driver, the position is executed by the receiving partner lying on their back bent into a frontbend in a pose similar to the yoga plow pose, with their bottom up and their legs bent over their head, while the insertive partner stands above them and inserts their penis or other object downwards into the receptive partner's vagina or anus.

The position is both acrobatic, and quite strenuous for both participants, in particular the receptive partner, who is severely constrained by the frontbend. 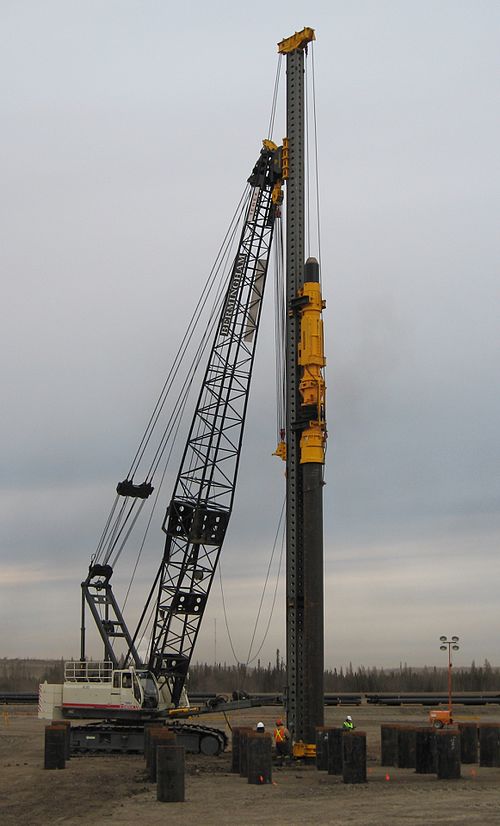 A pile driver is a mechanical device used to drive piles (poles) into soil to provide foundation support for buildings or other structures. The term is also used in reference to members of the construction crew that work with pile-driving rigs.

Learn more about pile drivers from Wikipedia. The photo was taken by Zanched and is distributed under CC BY-SA 3.0.

So regular love making got you down? Give your [guy] a pile driver and make [him] pass out.

A hard butt pounding sex position, that requires some flexibility and stamina, and a nice sized dick. The thrusting is like a pile driver, a relentless constant pounding of a stationary object, by a moving one.