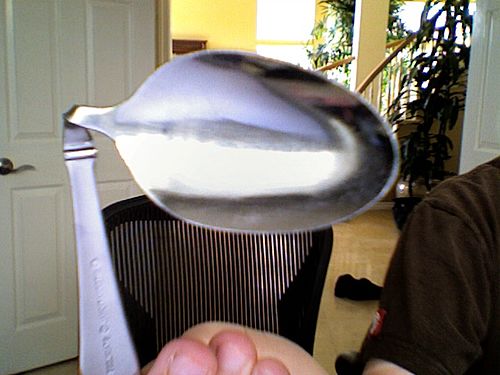 Spoon bending is the apparent deformation of objects, especially metal cutlery, either without physical force, or with less force than would normally seem necessary. It is a common form of stage magic, and a variety of methods are used to produce the illusion.

Learn more about spoon bending from Wikipedia. The photo was taken by Needlenose and is distributed under CC BY 2.5.

A variation on the sex position "Acrobat" in which the Receiver is laying on top of the Giver, back to stomach.